The 4C's of Scenarios 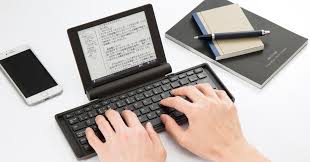 In the last Modletter I discussed the use of scenarios, "Why Scenarios"    this time I’m going to tell you some tips for writing them, using the four C’s

The other people in the story should be typical and mostly realistic, although you can use a bit of exaggeration.  If your Modlette is about Customer service training, think about the type of Customers your learners will be dealing with.

CONTEXT : The context is the background of the story.  The context isn’t just shared with words. When you add a photo background for a scenario-based learning, you show learners the context rather than tell them.

Your learner’s work environment should match this context.  It’s easier to transfer learning to a similar situation than one that’s radically different.

CHALLENGE : Your characters face challenges in the scenario.  Those are the points where learners have to make a decision or take an action.  These challenges are where the learning happens.  Think about scenes that can occur in the learner’s work life.

Common mistakes are good challenges to include.  If sales people forget to include important points in a sales process make that the focal point of your story.  Give learners a choice to make a recommendation or not using the Modlettes learning quiz.

CONSEQUENCES : The feedback should be part of the scenario rather than something you just tell them.  A Customer gets angry, a team member refuses to comply, you run out of budget two months before your project is finished.

Show learners the consequences of their mistakes rather than just telling them.

The Modlettes learning quiz provides the functions to use scenario based assessments which I believe are the most effective way to test that learning is not just remembering.