Do you get stuck when wanting to write an enticing introduction? 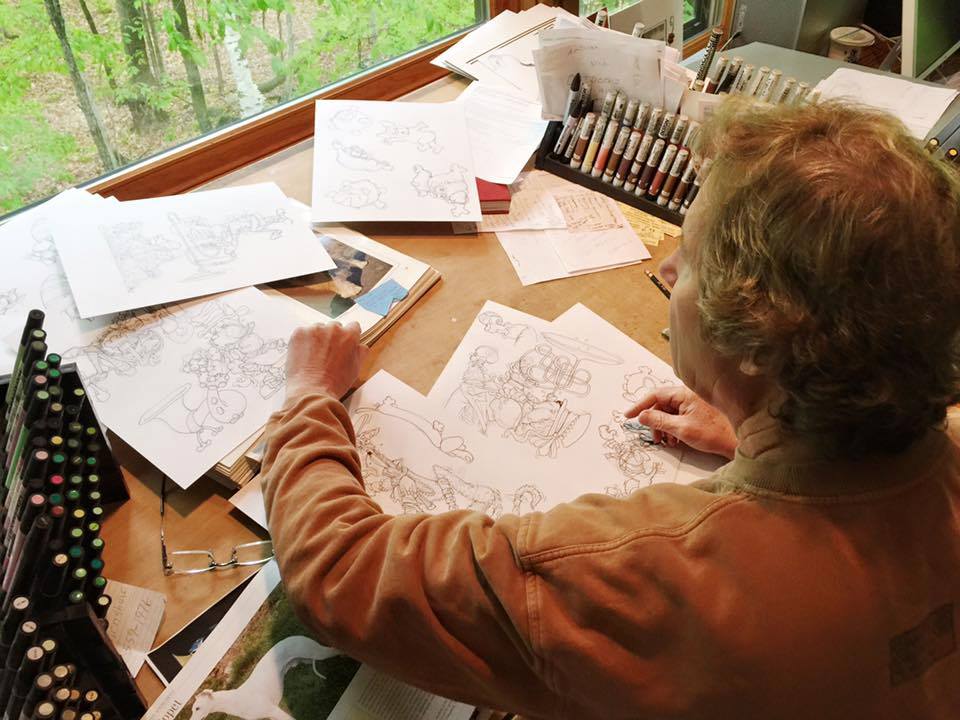 If you tell them about cars, they think of pumpkins

If you talk to them about dinner, they think of steering wheels

In short, they force-fit thoughts that may have a connection to each other.

But what’s a cartoonist got to do with the opening lines of your training Modlette?

As you know, your training narrative is only part of providing information . . . the other part is entertainment.

They add surprises we don’t expect.  Something to grab our attention . . . and keep that attention.

In a world where everyone starts a training intervention the same boring way, you have a chance to stand out.

Instead of yet another drab opening to your article, think a bit creatively . . . like cartoonists do.

Here’s some advice on how to go about creating a startling start to your training.

Let’s look at an example about a training on Malware

We could start with:

Malware: (a portmanteau for malicious software)

Is any software intentionally designed to cause damage to a computer, server, client, or computer network?

But does that excite you?  Make you curious?

“Malware and computers” might?  So again, what are you thinking of.

You might think outside the square and go a bit further and think of a virus attack (very much in the mind at the moment).

All those ideas, are very predictable.

How can we be different?

Inspiration 1:  Look around the room

It doesn’t matter what room you’re in, just look around.

I’m looking around my home office and I see a brochure from a Kiwi Park we visited.

What’s that got to do with Malware?  Kiwis possibly had some kind of attack that nearly wiped them out.

In fact, they did.  Unlike other birds in New Zealand, the flightless kiwi has suffered from many predators.

You are able to draw a comparison between a threat to the kiwi population and the threat that Malware poses to computers.

Inspiration 2:  Lets look in the garden

A walk around the garden shows us that white butterfly have been laying eggs in the cabbages.  These eggs have been incubated into caterpillars that have been eating the cabbage leaves.

It seems that Malware can represent more than just Malware . . . it’s tough times, its yucky stuff.

Here’s an example from world news:

“3 million people have died from Covid since the pandemic started”

That’s Malware.  It’s spreading and not getting any better.

We can build on this story and have a great opening to a training, report or article on malware.

Have you spotted the pattern?

Not one example has anything to do with:

So, should you completely stay away from anything obviously related to Malware?

No, you can see that the covid example is very closely related.

These simple approaches may work for you.

But, the most obvious approach is often the most boring.

Cartoonists take seemingly unrelated ideas and connect them to the topic:

Look for the unusual connection.

The thought journey into another environment helps your brain make a connection that’s fascinating.

Until one day you find inspiration in an endless universe of ideas.