Some Notes on What We Can Learn From the All Blacks 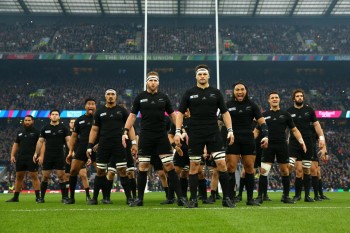 The All Blacks have just been awarded the prestigious Laureus Award as “Most Outstanding and Accomplished Sports Team in 2015”. The Laureus Sports Award is held annually, celebrating the most remarkable men, women and team from the world of sport along with their achievements from the previous calendar year.

Here are some of the things the All Blacks can teach us about the business of life.

Character:   The players are taught never to get too big to do the small things that need to be done. After a training session even the senior players take their turn to “sweep the shed”.

Learn:   Sean Fitzpatrick believes improvement comes with an unrelenting focus on the big goals – winning and leaving a legacy – but also constant attention to the details of practice and preparation. “The best sports people in the world practice more than they play.  Business people should practice too.  They should go home at night and analyse their day’s performance.  They don’t and they need to.  To be good at something takes practice, and lots of it”, he says.

Create a Learning Environment:   “The first stage of learning is silence, the second stage is listening” – Maori proverb

The All Black culture actively encourages peer-to-peer enforcement of standards which in its simplest form involved the mentoring of younger players by the senior figures.

Expectations:   “The history of All Blacks rugby has been so successful that the expectation in New Zealand is that we win every test,” says Graham Henry, “and I think that is good for the team. If you didn’t have that expectation, I’m sure we wouldn’t reach the standards we do.” Successful leaders have high internal benchmarks. They set their expectations high and try to exceed them.

Language:   The language which develops in a team is an accurate reflection of its inner values. The three words that have become core to the All Blacks are humility, excellence and respect.  Companies that maintain their core values are those that stand alone, stand apart and stand for something.

These brief notes are a summary of the many thoughts, incidents and interviews assembled in the book “Legacy” by James Kerr. A bestselling book in which James Kerr goes deep into the heart of the world’s most successful sporting team.