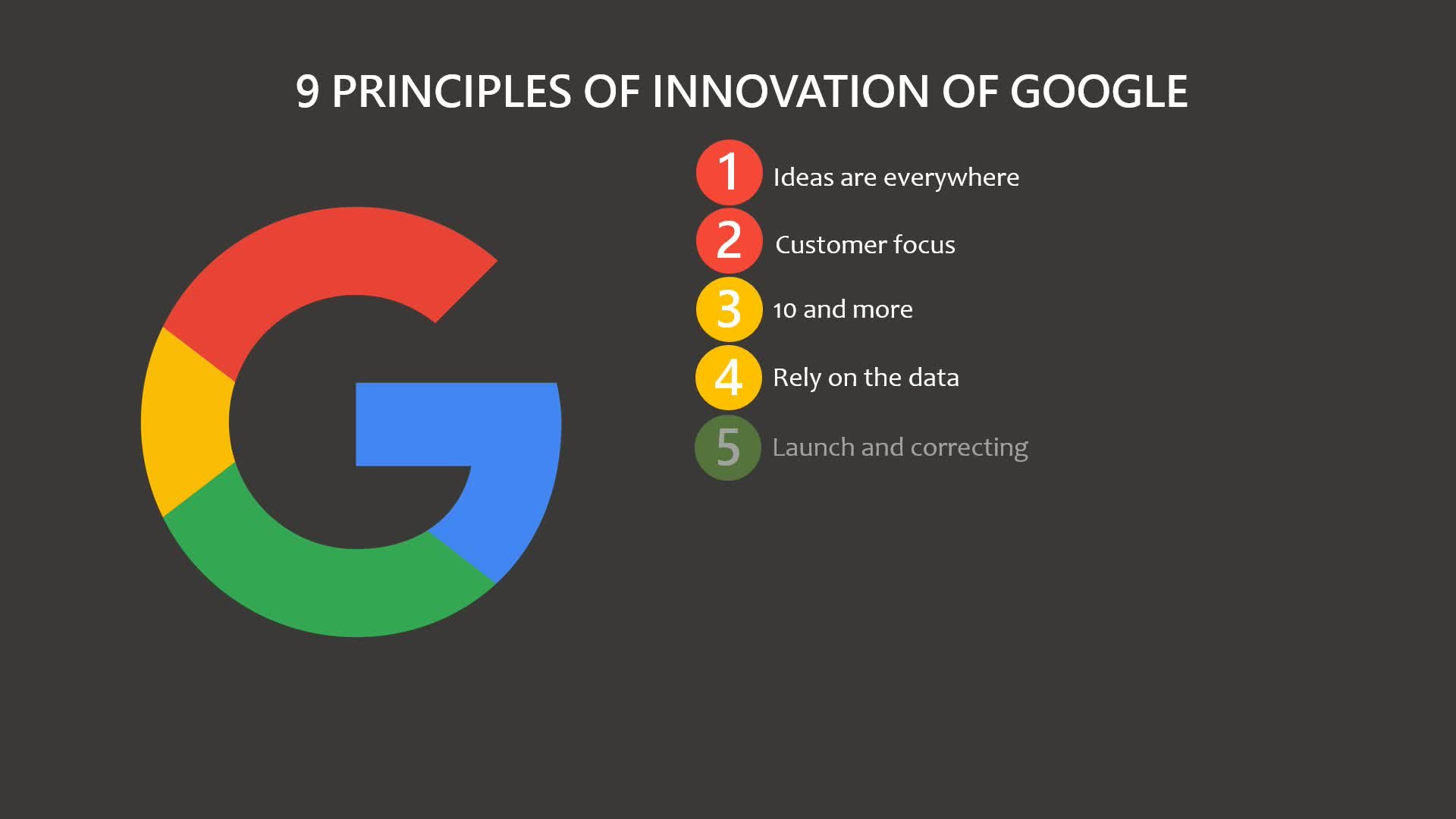 Google is widely recognised as having achieved the holy grail of productivity and creativity.  There’s no magic in the water at the Mountain View, CA company.  The tech giant draws from what Google’s chief social evangelist, Gopi Kallayil, calls the nine core principles of innovation.

Here are the nine rules that any enterprise, large or small, can adopt to steal Google’s innovative culture.

It can come from the top down as well as bottom up, and in places you least expect.  For example, a medical doctor on Google’s staff argued persuasively that Google had a moral obligation to extend help to those typing searches under the phrase “How to commit suicide”.  He ignited the charge to adjust the search engine’s response so that the top of the screen reveals the toll-free number for the National Suicide Prevention Hotline.  The call volume went up by nine percent soon thereafter.

Worry about the money later, when you focus on the user, all else will follow.  Google improved the speed of its search capabilities with predictive analysis so search suggestions came up after the user types a few key strokes.  This instant search feature saves the user a few microseconds with each entry.  Google sales reps were concerned this shortened the time Customers would view ads, but the company went ahead and believed that it was worth the risk.

End result?  Thanks to instant search, Google estimates the time saved is equivalent to giving back to mankind 5,000 years after a year of collective use.  “Create a great user experience and the revenue will take care of itself,” says Kallayil.  In addition, more Customers will be attracted to your product’s increased benefits.

3.  Aim to be ten times better

If you come into work thinking that you will improve things by ten percent, you will only see incremental change.  If you want radical and revolutionary innovation, think 10 times improvement and that will force you to think outside the box.

Every organisation has unique insights, and if you bet on it, it leads to major innovation.  Google engineers, not the auto industry, came up with the idea of driverless cars after seeing that millions of traffic deaths come from human error.  Google already had all the building blocks in place to build a self-driving car – Google Maps, Google Earth and Street View cars.  Working with an artificial intelligence team at Stanford University, Google engineers have produced experimental cars that have now travelled up to 5,000 km and have given the blind more independence by driving them shopping.

Ship your products often and early, and do not wait for perfection.  Let users help you “iterate” it.  When Chrome was launched in 2008, every six weeks Google pushed out an improved version.  “Today, using that approach, Chrome is the Number One browser in many countries,” says Kallayil, “You may not have perfection in your product, but trust that your users will get back to you.”

Give employees 20 percent of their work time to pursue projects they are passionate about, even if it is outside the core job or core mission of the company.”  They will delight you with their creative thinking Kallayil promises.

Make your processes open to all users.  Tap into the collective energy of the user base to obtain great ideas.  When Google created the Android platform, it knew it could not hire all the best developers on the planet.  For that reason, it “defaulted to open”, and encouraged developers outside of Google to create apps for the one billion people using Android devices daily.  “That is how an ecosystem is formed,” says Kallayil.  In marketing, Google asked users how they would market its voice search app, and children sent clever videos that rivalled the campaigns of the big ad agencies.

There should be no stigma attached to failure.  If you do not fail often, you are not trying hard enough.  At Google once a product fails to reach its potential, it is axed, but the company pulls from the best of the features.  “Failure is actually a badge of honour,” he says, “Failure is the way to be innovative and successful.  You can fail with pride.”

9.  Have a mission that matters

“This is the most important principle,” Kallayil says.  “Everyone at Google has a strong sense of mission and purpose.  We believe the work we do has impact on millions of people in a positive way.”  Each person should have his or her own story.

This article is with thanks to the Fast Company Report on a presentation by Gopi Kallayil to the 2018 Dreamforce Summit in San Francisco.