Getting People to Perform at the Highest Level 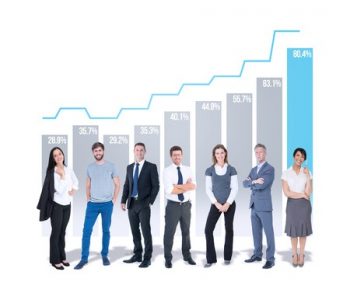 In sports, the job of a coach is to help a player develop strengths and mitigate weaknesses.  The job of a manager is the same.  Properly prepared team members don’t freeze up when there are challenges – they feel confident in any situation and are able to think on their feet because the coach has prepared them well for the game.

“Our job as coaches is to keep people focused and motivated,” says a prominent coach.  “Coaches don’t just hope for the best, they proactively identify the skills it takes for athletes to perform at their highest levels and then train them, mentally as well as physically.”

The first two sides of the triangle, represent skills and competencies and physical conditioning.  These are the attributes that allow an athlete to climb from mere competence to peak performance.

Key abilities of the coach are the ability to define and delineate the third side of the triangle – the performance-based behaviours.

We know that successful people have certain personality traits, they don’t lose focus, they don’t become demotivated.  When something slows them down, they take a deep breath and get back to task.

Through years of teaching management skills and coaching I believe the single most valuable performance-based behaviour is a willingness to follow a process.  I read recently a story about the success of Michael Jordon who talks about a time in college when his basketball coach Dean Smith showed him game footage and helped him see that he’d had a good year but not a great year.  His said his coach explained that form to be great, he was going to have to prepare at an incredibly high level.

Talent alone is never going to be the difference.  What separates the peak performer is preparation.  People at the absolute top of their game – the MVP’s Michael Jordon and Richie McCaw – they don’t focus on outcome, and neither do great team members.  They focus on process.